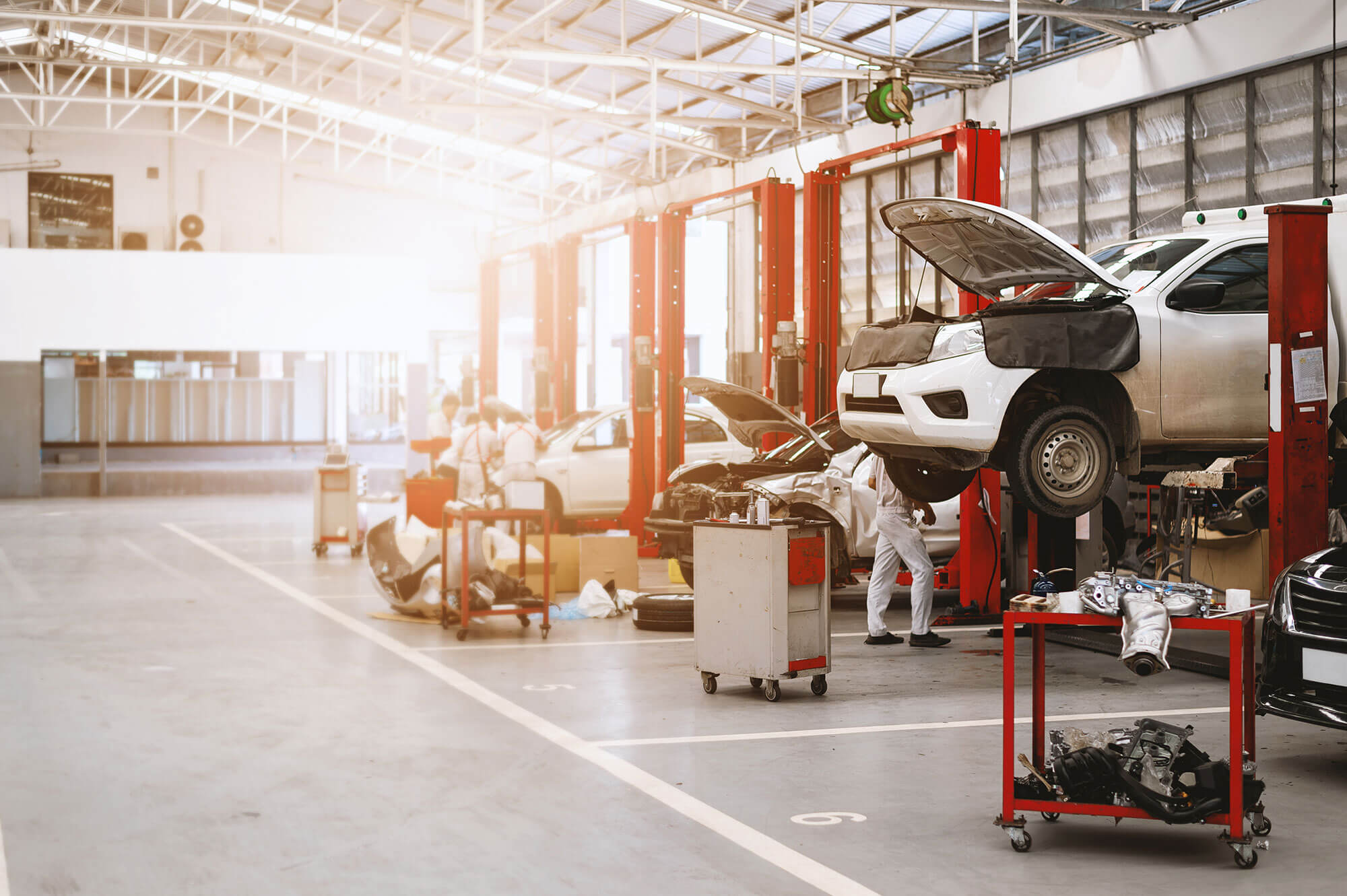 Vehicle Recall Warning – Why it Matters

Among the many innovative and helpful features of Pedal, perhaps one of the most critically important is the Vehicle Recall Warning. We all dread receiving such a notification from our chosen car brand manufacturer, fearfully looking through the information in each press release to try and see if our particular model, trim and/or year are there. It’s gut-wrenching. 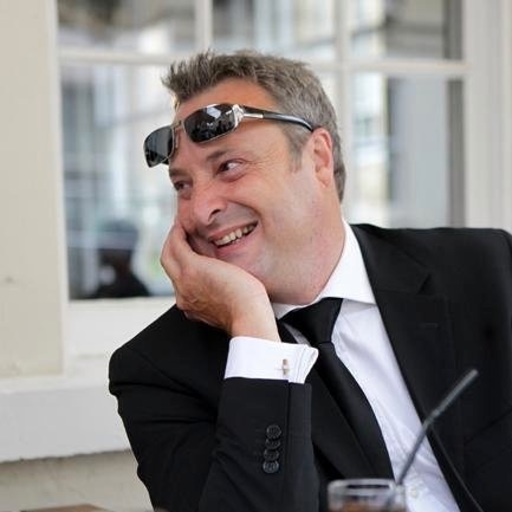 Among the many innovative and helpful features of Pedal, perhaps one of the most critically important is the Vehicle Recall Warning. We all dread receiving such a notification from our chosen car brand manufacturer, fearfully looking through the information in each press release to try and see if our particular model, trim and/or year are there. It’s gut-wrenching.

Even when we see our car isn’t there, we can’t help but feel a sense of trepidation about any car from this manufacturer, including the one we are still driving. In today’s blog, we’ll be talking about how this feature works, why it’s important to you as a driver, and some additional background on recalls to understand the bigger picture.

How Does it Work?

The Pedal vehicle sensor takes plug and play to a whole new level with its simplicity and comprehensive features. Once you’ve plugged in the sensor to your car’s OBD-II port, and then synced with the smartphone app, it will start collecting and feeding data for you to view on your phone.

The system automatically monitors reports from manufacturers regarding recalls. As soon as a recall is made, and the sensor and app confirm that the recall affects your car, you will be notified via your smartphone. Upon receiving the information, you can cease using your car, get in touch with your dealership or other point of contact and then make the necessary arrangements to have the car returned and repaired.

Knowing if your particular car is involved in a recall is the first critical step. The earlier you know about it, the better. A recall can mean many things, some more serious than others. There are two big ones to look out for, “Stop Drive” and “Safety,” plus some more minor terms that are used:

To receive notice of a Stop Drive or Safety Recall immediately is to minimize your chances of any harm coming to you or anyone around you. The normal procedure is sending out official letters and notification emails, but the risk of you not seeing these in time is always present. Pedal ensures that you get the information and you never miss it. The earlier you know, the less that can go wrong.

The Gov.uk website makes it very clear that you are legally responsible for keeping your car in a safe condition to drive. If you are discovered driving a vehicle that has been deemed in dangerous condition, either by the presence of a Stop Drive Recall or another reason (e.g., no MoT test), you can be fined up to £2500 and receive 3 penalty points on your licence.

Car Recalls in the UK

Since 1992, there have been countless thousands of car recalls issues in the UK. More than 13,000 individual incidents are logged in DVSA data from the Gov.uk website. Just about every brand you can think of has been affected, even ones that have consistently prided themselves on consistent production quality and reliability. In fairness, it should be made clear that a recall does not mean a car isn’t roadworthy or safe. Only those recalls that fall into the category of “Stop Drive” or “Safety” fit that description.

In the years before the pandemic, car recalls were starting to become quite a nuisance in the UK. Data from the DVSA showed that in 2019, the most recalled car brand in the UK was none other than Mercedes-Benz. It wasn’t some cheap outfit from some backwater in the middle of nowhere, but one of the world’s largest and most respected (and expensive) auto producers. The brand had 504,047 models recalled in 2019.

What are the Most Recalled Car Brands in the UK?

Using the same DVSA data set from 2014-2019, which is a strong sample since it represents what most people are driving currently in the United Kingdom, Vauxhall was the most recalled brand. They were followed by BMW, Mercedes-Benz, Honda and Toyota, all between 2014 and 2019.

The bottom end of the Top 10 included Audi (10th), Volkswagen (9th), Nissan (8th), Mazda (7th), and Ford (6th). Given the scale with which these companies manufacture, perhaps it’s not surprising, but also represent the most popular brands and a huge proportion of cars on the road in the UK.

Most of these recalls were connected with defective components or accessories or mechanical faults. Some were also linked to emissions levels, most notably those of Volkswagen who were exposed in what became known as the “diesel dupe” in 2015 and 2016. They were found to contain software that would cheat emissions tests, allowing them to pass without meeting the proper requirements. VW announced a fix in January 2017, and they paid out $14.7 billion (£10.6 billion) in a US court settlement to drivers of diesel VW vehicles.

What Happens When the Car Returns?

The single-largest recall ever recorded anywhere was the 2013 Takata airbags fault that affected 42 million units across the world. The scandal bankrupted Japanese car components manufacturer Takata. Before that, it was the 1980 Ford park mode fault that resulted in 21 million cars being recalled. Ford faced more problems in the 1990s, with a faulty ignition switch forcing them to recall 7.5 million units in 1996, and faulty cruise control which led them to recall 14.9 million units in 1999.

But what happens when the car is recalled? What exactly do they do to fix the car? There are a number of possibilities, the most common ones being:

All this information tells us something very important about this unique feature on the Pedal smart sensor and app. It reminds us that there is so much that can happen when a vehicle is discovered to require a recall action.

The issue over Takata’s defective airbags has claimed dozens of lives already in many countries, with reports suggesting that some of those defective airbags may still be on the roads of some countries even now. As it turns out, it takes a lot of time to go through tens of millions of cars and check them for faults.

This is why the Vehicle Recall Waning feature on Pedal is so crucial. By getting the warning early, you are empowered to take action. You can stop using your car and immediately make the necessary arrangements to have the car taken back for repair or adjustment as necessary. You also don’t’ have to depend on receiving an email or official letter from the dealership, manufacturer or DVSA, which can get held up for all kinds of reasons.

Pedal is part of the new front line of car safety. To learn more about how this simple but cutting-edge gadget can enhance your vehicle’s safety, contact us today. 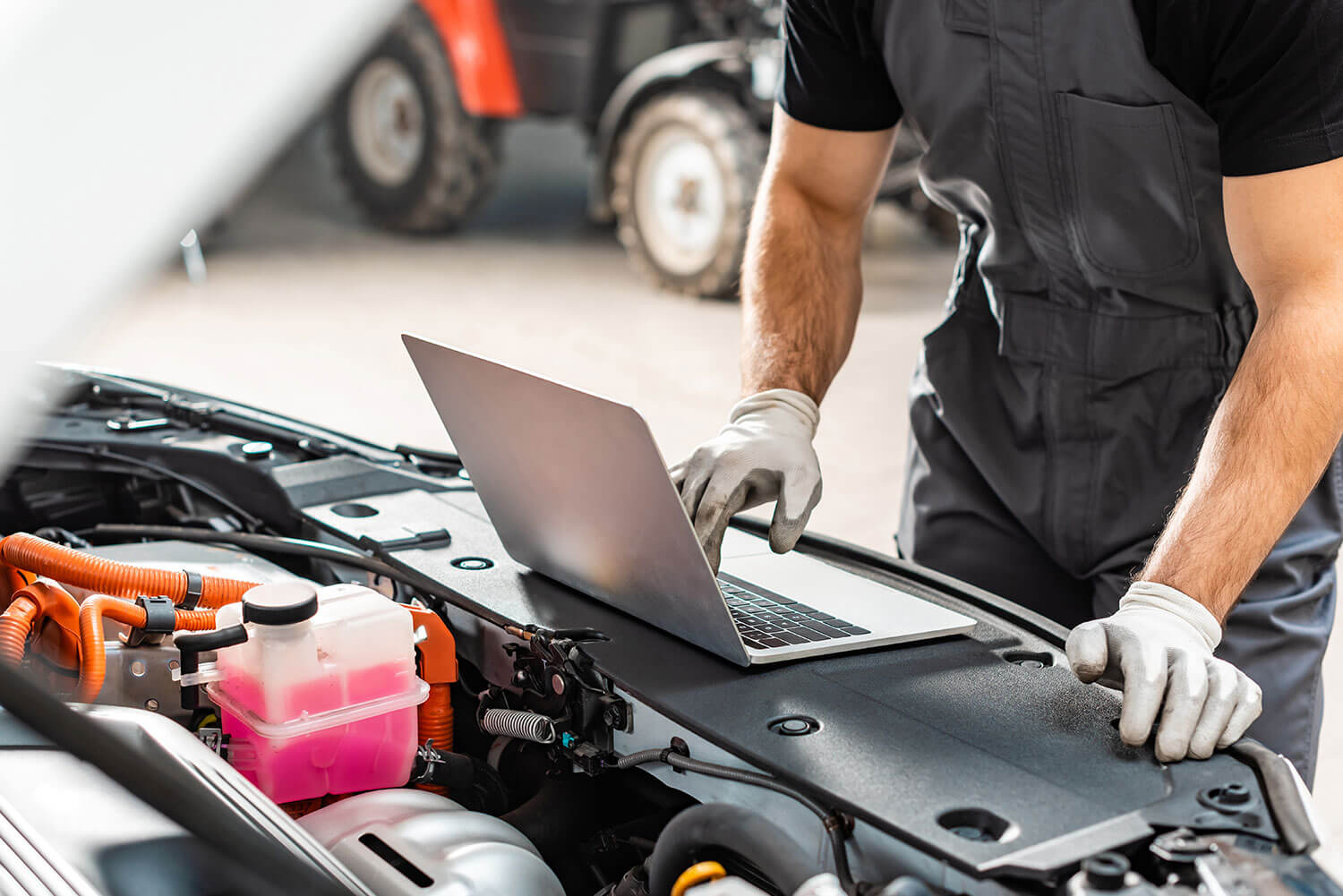 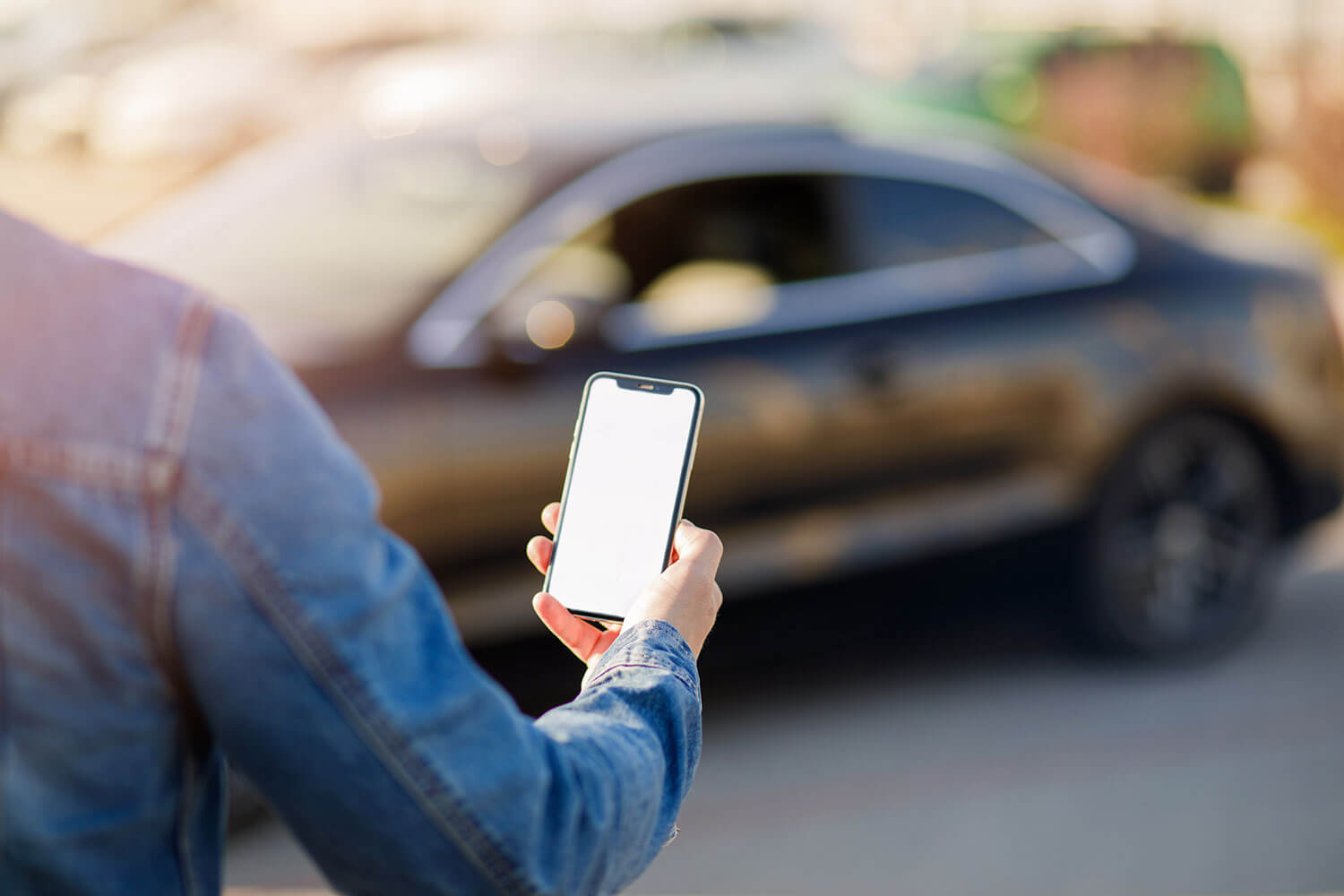 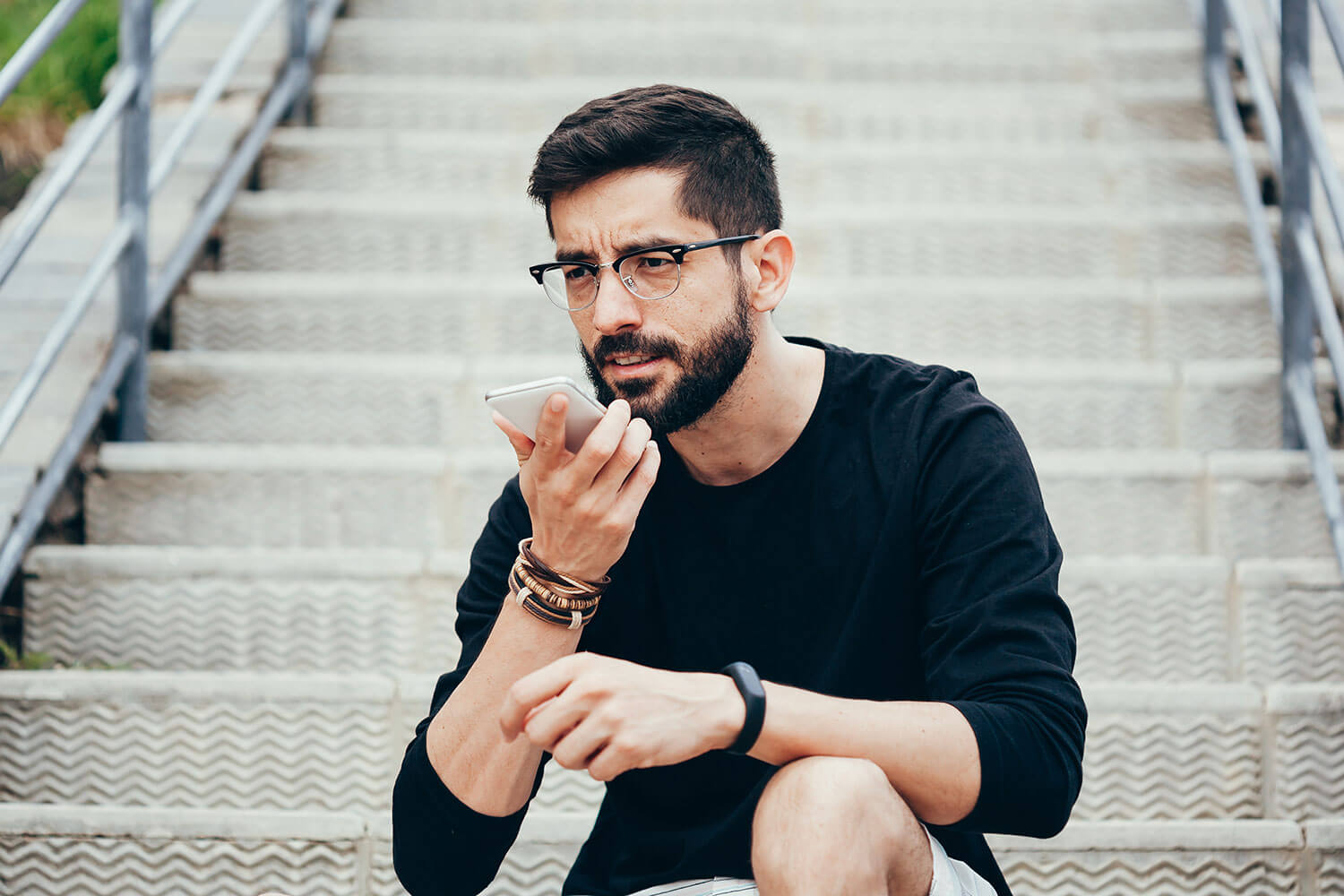